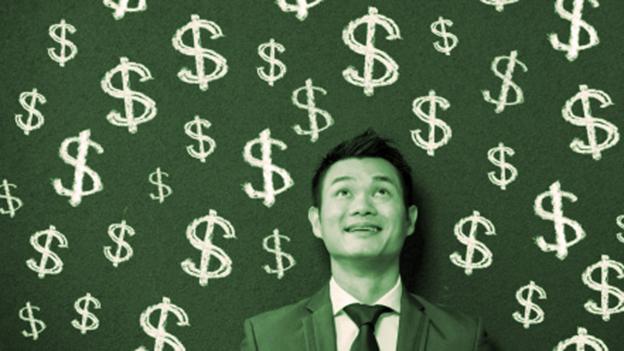 Hope a lottery win will make you happy forever? Think again, evidence suggests a big payout won’t make that much of a difference. Tom Stafford explains why.

Think a lottery win would make you happy forever? Many of us do, including a US shopkeeper who just scooped $338 million in the Powerball lottery – the fourth largest prize in the game’s history. Before the last Powerball jackpot in the United States, tickets were being snapped up at a rate of around 130,000 a minute. But before you place all your hopes and dreams on another ticket, here’s something you should know. All the evidence suggests a big payout won’t make that much of a difference in the end.

Winning the lottery isn’t a ticket to true happiness, however enticing it might be to imagine never working again and being able to afford anything you want. One study famously found that people who had big wins on the lottery ended up no happier than those who had bought tickets but didn’t win. It seems that as long as you can afford to avoid the basic miseries of life, having loads of spare cash doesn’t make you very much happier than having very little.

One way of accounting for this is to assume that lottery winners get used to their new level of wealth, and simply adjust back to a baseline level of happiness – something called the “hedonic treadmill”. Another explanation is that our happiness depends on how we feel relative to our peers. If you win the lottery you may feel richer than your neighbours, and think that moving to a mansion in a new neighbourhood would make you happy, but then you look out of the window and realise that all your new friends live in bigger mansions.

Both of these phenomena undoubtedly play a role, but the deeper mystery is why we’re so bad at knowing what will give us true satisfaction in the first place. You might think we should be able to predict this, even if it isn’t straightforward. Lottery winners could take account of hedonic treadmill and social comparison effects when they spend their money. So, why don’t they, in short, spend their winnings in ways that buy happiness?

Part of the problem is that happiness isn’t a quality like height, weight or income that can be easily measured and given a number (whatever psychologists try and pretend). Happiness is a complex, nebulous state that is fed by transient simple pleasures, as well as the more sustained rewards of activities that only make sense from a perspective of years or decades. So, perhaps it isn’t surprising that we sometimes have trouble acting in a way that will bring us the most happiness. Imperfect memories and imaginations mean that our moment-to-moment choices don’t always reflect our long-term interests.

It even seems like the very act of trying to measuring it can distract us from what might make us most happy. An important study by Christopher Hsee of the Chicago School of Business and colleagues showed how this could happen.

Hsee’s study was based around a simple choice: participants were offered the option of working at a 6-minute task for a gallon of vanilla ice cream reward, or a 7-minute task for a gallon of pistachio ice cream. Under normal conditions, less than 30% of people chose the 7-minute task, mainly because they liked pistachio ice cream more than vanilla. For happiness scholars, this isn’t hard to interpret –those who preferred pistachio ice cream had enough motivation to choose the longer task. But the experiment had a vital extra comparison. Another group of participants were offered the same choice, but with an intervening points system: the choice was between working for 6 minutes to earn 60 points, or 7 minutes to earn 100 points. With 50-99 points, participants were told they could receive a gallon of vanilla ice cream. For 100 points they could receive a gallon of pistachio ice cream. Although the actions and the effects are the same, introducing the points system dramatically affected the choices people made. Now, the majority chose the longer task and earn the 100 points, which they could spend on the pistachio reward – even though the same proportion (about 70%) still said they preferred vanilla.

Based on this, and other experiments [5], Hsee concluded that participants are maximising their points at the expense of maximising their happiness. The points are just a medium – something that allows us to get the thing that will create enjoyment. But because the points are so easy to measure and compare – 100 is obviously much more than 60 – this overshadows our knowledge of what kind of ice cream we enjoy most.

So next time you are buying a lottery ticket because of the amount it is paying out, or choosing wine by looking at the price, or comparing jobs by looking at the salaries, you might do well to remember to think hard about how much the bet, wine, or job will really promote your happiness, rather than simply relying on the numbers to do the comparison. Money doesn’t buy you happiness, and part of the reason for that might be that money itself distracts us from what we really enjoy.