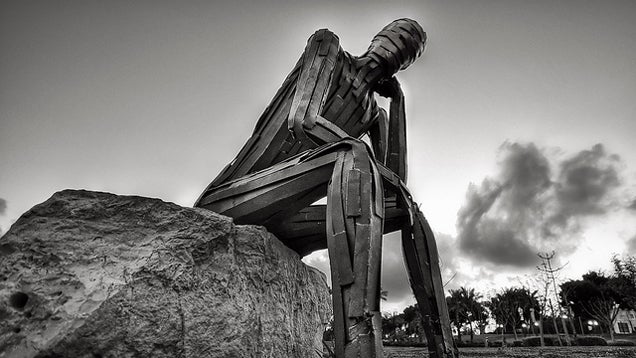 “Straw man arguments” are utilized in debates to undermine the opposition. If you want to take the high road–and debate more effectively in the process–utilize the “steel man” argument.

Contrary to some common misinterpretations, a straw man is employed when one side on an argument creates a false narrative and then argues with that, instead of the point a person actually made. “I think the iPhone is actually okay” turns into “Android sux” and discussion falls apart.

The “steel man” is the opposite approach. As writer Robin Sloan explains, the steel man requires a debater to find the best form of her opponent’s argument and then argue with this. Explain what you think your opponent means to them, ask them if they agree this is what they mean, and then argue with that. This is a tougher debate tactic because it allows for fewer shady arguments, but the result is a stance that holds up to scrutiny:

There are two debaters, Alice and Bob. Alice takes the podium, makes her argument. Then Bob takes her place, but before he can present his counter-argument, he must summarize Alice’s argument to her satisfaction — a demonstration of respect and good faith. Only when Alice agrees that Bob has got it right is he permitted to proceed with his own argument — and then, when he’s finished, Alice must summarize it to his satisfaction.

One could argue that this ultimately boils down to “listen to the other side,” and one would be correct. You can’t effectively employ a steel man argument if you don’t understand the opposition. However, finding common ground first and offering counter information second may be more helpful in persuading your audience, if not your opponent directly.