A few people have names that can utterly confuse the websites they visit, and it makes their life online quite the headache. Why does it happen? 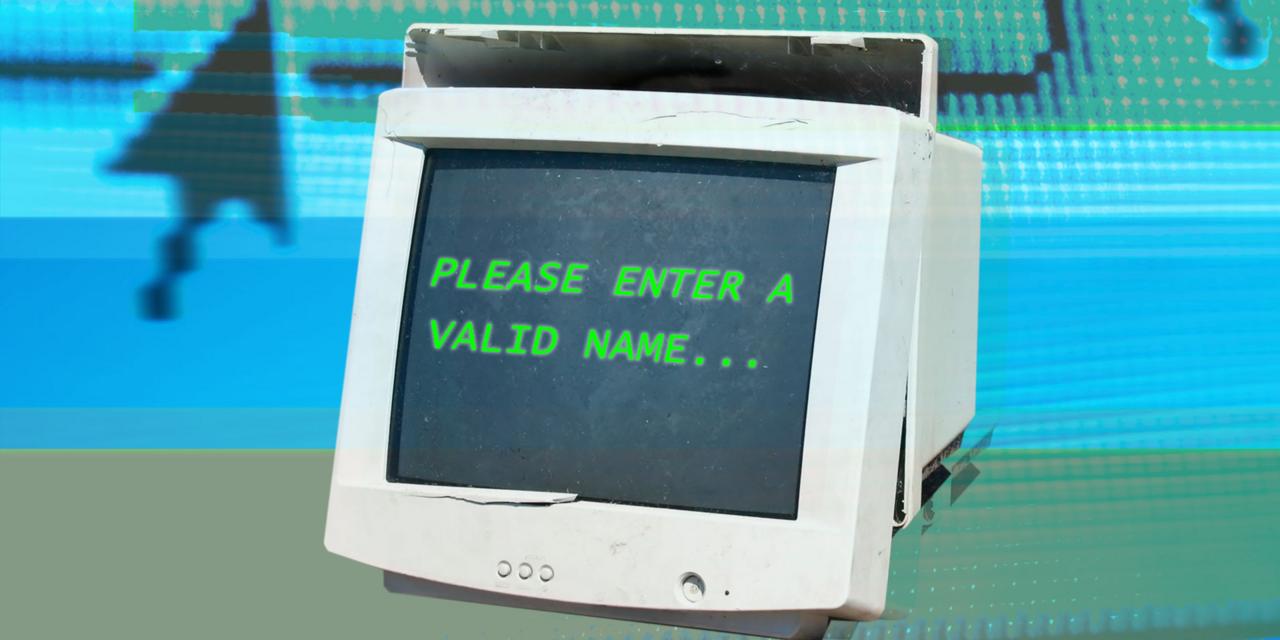 Jennifer Null’s husband had warned her before they got married that taking his name could lead to occasional frustrations in everyday life. She knew the sort of thing to expect – his family joked about it now and again, after all. And sure enough, right after the wedding, problems began.

“We moved almost immediately after we got married so it came up practically as soon as I changed my name, buying plane tickets,” she says. When Jennifer Null tries to buy a plane ticket, she gets an error message on most websites. The site will say she has left the surname field blank and ask her to try again.

Instead, she has to call the airline company by phone to book a ticket – but that’s not the end of the process.

“I’ve been asked why I’m calling and when I try to explain the situation, I’ve been told, ‘there’s no way that’s true’,” she says. 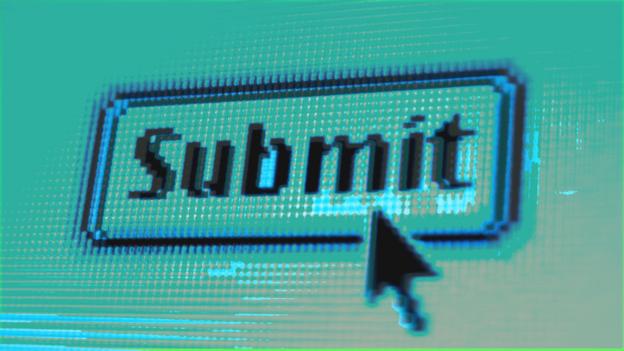 Forms often can’t deal with people who only have one name, or a single-letter surname (Credit: Olivia Howitt)

But to any programmer, it’s painfully easy to see why “Null” could cause problems for software interacting with a database. This is because the word ‘null’ can be produced by a system to indicate an empty name field. Now and again, system administrators have to try and fix the problem for people who are actually named “Null” – but the issue is rare and sometimes surprisingly difficult to solve.

For Null, a full-time mum who lives in southern Virginia in the US, frustrations don’t end with booking plane tickets. She’s also had trouble entering her details into a government tax website, for instance. And when she and her husband tried to get settled in a new city, there were difficulties getting a utility bill set up, too.

Generally, the more important the website or service, the stricter controls will be on what name she enters – but that means that problems chiefly occur on systems where it really matters.

Before the birth of her child, Null was working as an on-call substitute teacher. In that role she could be notified of work through an online service or via phone. But the website would never work for Null – she always had to arrange a shift by phone.

“I feel like I still have to do things the old-fashioned way,” she says.

“On one hand it’s frustrating for the times that we need it, but for the most part it’s like a fun anecdote to tell people,” she adds. “We joke about it a lot. It’s good for stories.”

Consider also the experiences of Janice Keihanaikukauakahihulihe’ ekahaunaele, whose surname is 36 characters long

“Null” isn’t the only example of a name that is troublesome for computers to process. There are many others. In a world that relies increasingly on databases to function, the issues for people with problematic names only get more severe.

Some individuals only have a single name, not a forename and surname. Others have surnames that are just one letter. Problems with such names have been reported before. Consider also the experiences of Janice Keihanaikukauakahihulihe’ekahaunaele, a Hawaiian woman who complained that state ID cards should allow citizens to display surnames even as long as hers – which is 36 characters in total. In the end, government computer systems were updated to have greater flexibility in this area.

Incidents like this are known, in computing terminology, as “edge cases” – that is, unexpected and problematic cases for which the system was not designed. 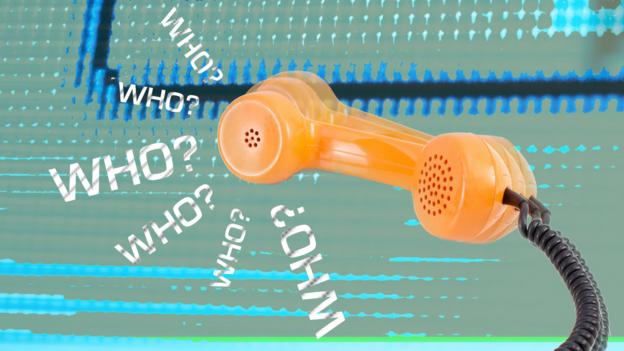 Those with “edge case” names often have to confirm details on the telephone instead (Credit: Olivia Howitt)

“Every couple of years computer systems are upgraded or changed and they’re tested with a variety of data – names that are well represented in society,” explains programmer Patrick McKenzie.

“They don’t necessarily test for the edge cases.”

McKenzie has developed a pet interest in the failings of many modern computer systems to process less common names. He has compiled a list of the pitfalls that programmers often fail to foresee when designing databases intended to store personal names.

But McKenzie is living proof of the fact that name headaches are a relativistic problem. To many English-speaking westerners, the name “Patrick McKenzie” might not seem primed to cause errors, but where McKenzie lives – Japan – it has created all kinds of issues for him.

As computer systems have gone global, there have been serious discussions among programmers to improve support for “edge case” names

“Four characters in a Japanese name is very rare. McKenzie is eight, so for printed forms it’ll often be the case that there’s literally not enough space to put my name,” he says.

“Computer systems are often designed with these forms in mind. Every year when I go to file my taxes, I file them as ‘McKenzie P’ because that’s the amount of space they have.”

McKenzie had tried his best to fit in. He even converted his name into katakana – a Japanese alphabet which allows for the phonetic spelling of foreign words. But when his bank’s computer systems were updated, support for the katakana alphabet was removed. This wouldn’t have presented an issue for Japanese customers, but for McKenzie, it meant he was temporarily unable to use the bank’s website. 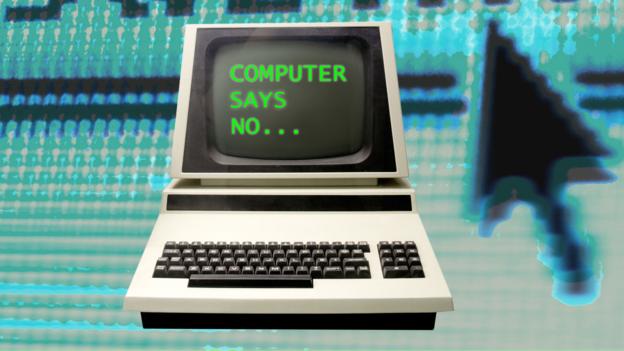 “Eventually they had to send a paper request from my bank branch to the corporate IT department to have someone basically edit the database manually,” he says, “before I could use any of their applications.”

McKenzie points out that as computer systems have gone global, there have been serious discussions among programmers to improve support for “edge case” names and names written in foreign languages or with unusual characters. Indeed, he explains that the World Wide Web Consortium, an internet standards body, has dedicated some discussion to the issue specifically.

“I think the situation is getting better, partly as a result of increased awareness within the community,” he comments.

For people like Null, though, it’s likely that they will encounter headaches for a long time to come. Some might argue that those with troublesome names might think about changing them to save time and frustration.

But Null won’t be among them. For one thing, she already changed her name – when she got married.

“It’s very frustrating when it does come up,” she admits, but adds, “I’ve just kind of accepted it. I’m used to it now.”

Posted in IT | Tagged Bugs, IT, Null