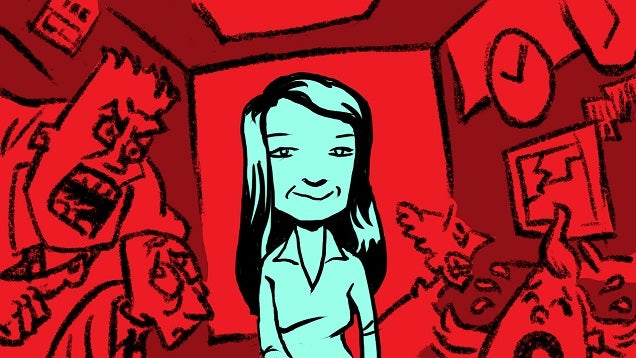 We all get angry sometimes, but if you’re prone to rage bursts that rival The Hulk, it can really damage your relationships and even ruin your career. Here are some tips for keeping your cool when your temper feels like a short fuse burning.

Stop Yourself Before You React 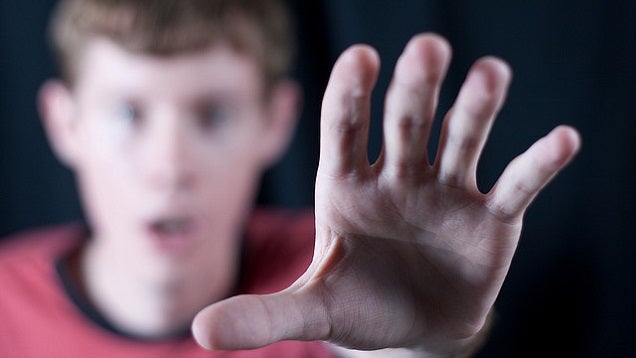 Before you do anything else, try to hit the brakes as fast as you can. While it may seem obvious, taking a moment to yourself before you react is one of the most effective ways to keep that temper under control. What can differ, however, is what you do after you hit the brakes. There’s no silver bullet that works for everyone, but you can start with some of the classics:

If it feels like your patience is always on its last thread, a simple trick you can do is to keep something in your pocket to mess with. It can be a pebble, a coin, a pen, whatever you like as long as it’s a physical object. Think of it as your talisman and reach for it when your impatience starts to peak. Mary Jane Ryan, author of Power of Patience, explains how this can kill your temper’s momentum:

…when you start to feel irritated, move it from one pocket to the other. This will interrupt the impatience cycle and give you a chance to regroup.

You can fiddle with it when your anger starts to build just as if you were nervous. Then when things get to be too much, do the pocket switcharoo. Your mind will be forced to switch gears and focus on the action of handling the object, making you more self-aware, and giving you just long enough time to let your better thinking kick in and pull you back from the ledge. It might sound a little silly at first—like it’s a totem from the movie Inception—but it can be very effective if you give it an honest chance. The key to stopping your temper is derailing your mind, as if you’re cutting a burning fuse before it gets to the bomb.

Picture Yourself Getting Angry and See How It Would Look 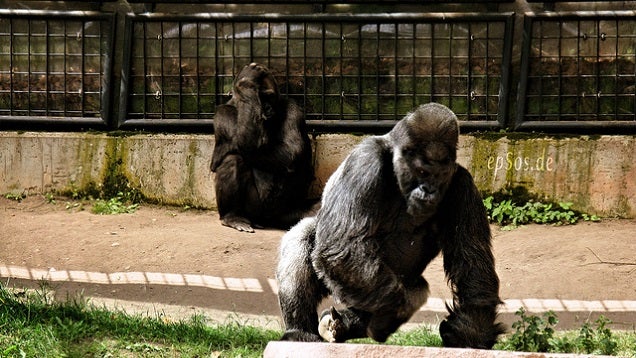 Looking at situations in the third person can be useful for problem solving, but it can also help you shift your perspective on situations when you’ve lost sight of things. When your temper rises, tunnel vision narrows your thoughts, making it seem like getting angry is the only course of action.

Caroline Smith at Mind Tools suggests you imagine what you look when you’re angry to snap yourself out of it before it happens:

If you imagine how you look and behave while you’re angry, it gives you some perspective on the situation. For instance, if you’re about to shout at your co-worker, imagine how you would look. Is your face red? Are you waving your arms around? Would you want to work with someone like that? Probably not.

You may care about what’s frustrating you, but you probably care about what you look like too. Especially if you happen to be in a professional environment. It may seem counter-intuitive to think about being angry, but it will make you feel a little foolish and stop you from doing something you’ll regret.

Meditate or Exercise In Short Bursts 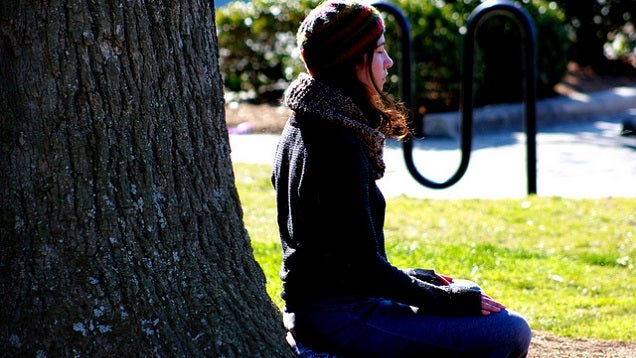 When you get breaks or time to yourself, a little meditation or exercise can snap you out of a funk. These actions can briefly pull you from reality and let your brain recharge, leaving you more refreshed throughout the day. If you don’t know where to start for your mini-meditation sessions, Marshall Goldsmith at Harvard Business Review recommends you begin by simply identifying what you’re feeling:

The next time you are overcome with a negative emotion, ask yourself this question: “What am I feeling at this moment?” Get in touch with the feeling or emotion first. Once you’ve done that, make a silent declaration to yourself that you don’t want it anymore! For instance, when someone dangerously cuts you off on the freeway, your thought might be: “I do not want this anger” (or “rage,” if it’s that bad).

Acknowledge what you’re feeling and disown it. Throw it away. Replace it with thoughts that are constructive. Declare that you want to be productive and calm instead. Think about the things you can accomplish in the next hour or what you can do today to make tomorrow easier. Your thoughts will drift from anger to things that make your job more manageable.

If meditation isn’t your thing, a little exercise can be just as good. Go for a run on your lunch break, do pushups and situps during your breaks, or blow off steam at the gym every day after work. You’ll feel healthier, sleep better, and be happier.

Issue a Calm Warning to Those That Get to You 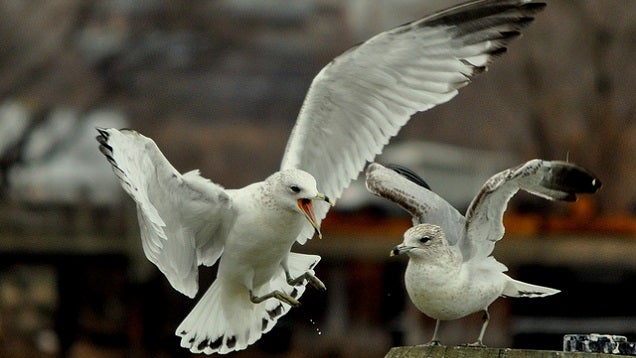 If you’re constantly dealing with someone who drives you nuts, you can address it without going overboard. Yelling, insulting, and even ignoring them will probably only make the problem worse. Instead, offer them a warning, explaining to them that whatever it is they are doing is pushing your buttons.

Don’t do it when you’re upset, though. Talk to them when you’re feeling relatively calm so you can be as kind as your temper will allow, and warn them before the flare-up happens. Let them know that you don’t mean to offend them—even if you would like to—but what they are doing is bothering you. They may not have known they were doing anything to upset you, and if they did, now they know you’re not afraid to stand up for yourself. A warning is a simple way to express how you feel and get it out of your system.

Turn Your Rage Into Unstoppable Productivity 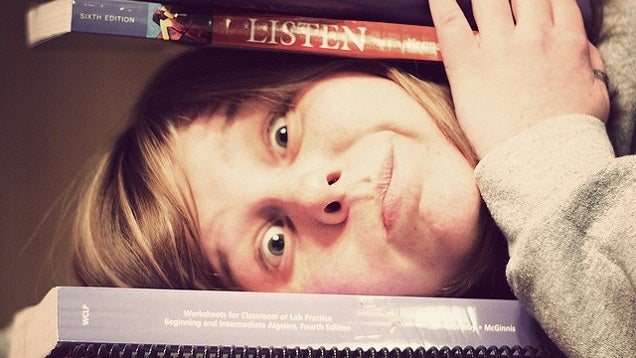 When you know you’re about to blow like Vesuvius, you can switch gears and turn that rage into motivation. Still seething after someone cut you off on the way to work? Use your anger as fuel to get a mountain of work done. Kids driving you nuts? Get them out of your hair for a bit and clean the whole house.

This trick can be especially effective when you have physical stuff that needs to be done, but you might be able to carry it over into other types of environments as well. Maybe the copier needs to be moved or someone needs to get some boxes of old files out of storage. Volunteer for the “grunt work” and burn off some of that pent up rage. Whatever the task, you’ll feel better and get tons of work done. Sometimes work is the best distraction of all.

Do Some Damage Control with Humor 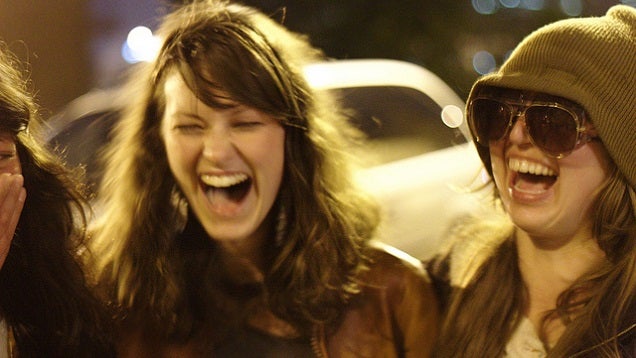 No matter how well you keep a lid on it, the monster may still make occasional appearances. The best thing you can do is stop yourself as soon as you realize what you’re doing and apologize to everyone involved. Mark Jeffries, author of The Art of Business Seduction, explains that your apology can go even further if there’s some humor along with it:

Blame yourself openly. But also give them something that recalls the nice you, a shot of humor like ‘I’ve been watching way too much Hell’s Kitchen.

You want to try and remind them that you don’t normally get that upset (hopefully), and humor can ease any leftover tension hanging in the air. A joke is like a signal flair showing that your tantrum is over and that you’re ready to talk about what’s going on calmly.

Feel free to explain other things that might have contributed to your outburst as well. Maybe you’ve been more tired than usual, or maybe you’ve just been more stressed than usual. Let people know and they might be able to empathize with you more. Everyone slips every once in a while, but if you don’t try to apologize and recover, a bad outburst can follow you for a long time.

Separate Yourself from What Triggers Your Rage Most, If You Can 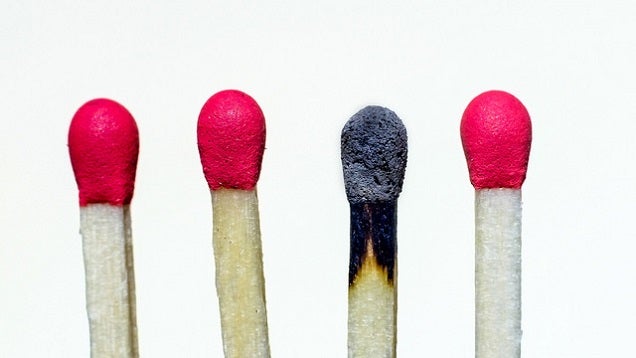 If you can pinpoint the part of your life that’s causing you the most grief, you might be able to get away from it. In a moment when you’re not upset, think about what seems to grind your gears the most. Is it a person? Is it a specific task that’s part of your job? Is it your environment?

When you know what it is, talk to someone that can help. If it’s a co-worker or your environment, see if you can be relocated to a different part of the workplace. If it’s a certain task, you might be able to finagle someone else into doing it. It never hurts to complain a little as long as you do it the right way. Don’t overdo it, of course, but you’ll never know until you try.

If it’s not possible to separate yourself from your triggers, you can at least prepare for them better. Gail Brenner at the Change Blog suggests you prepare for how you deal with those situations before they happen again. If you know you’ll keep riding into battles, stop going in unarmed. Think about what you could do to give yourself some armor. Deal with people that bug you as quickly as you can. Get a frustrating task done early in the day when you have high energy and haven’t been dreading it all morning. Some days will be harder than others, but there’s bound to be a way to soften the blows when you know what’s coming.