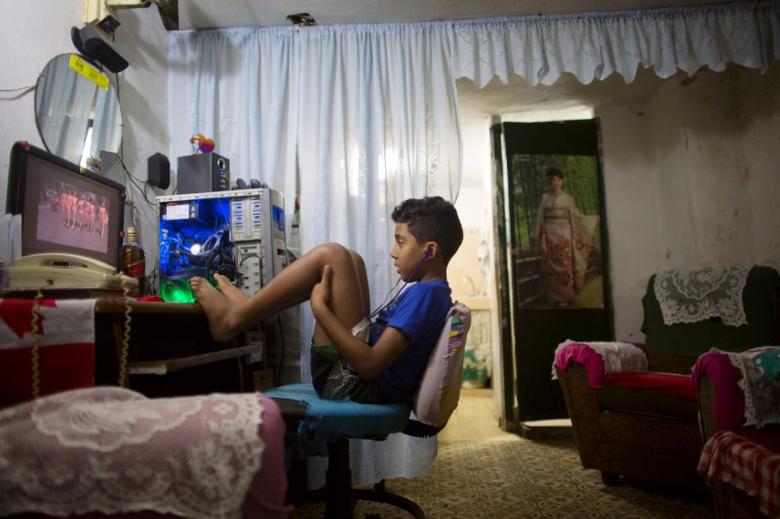 (Reuters Health) – – Doctors often tell parents of young children to limit television time because it can interfere with learning and language development. Now, a U.S. study suggests TV’s impact on school readiness might be worse for poor kids than for more affluent children.

Researchers examined test results for 807 kids between 5 and 6 years old assessed at the start of kindergarten for basic skills like counting, letter recognition and sorting blocks by pattern and shape. They also looked at parent surveys about how much time each day kids spent watching traditional television sets or other screens.

For kids at the highest income levels, there wasn’t any connection between the amount of TV children watched and how well they did on the tests. More television time was tied to just a modest drop in test results for students from average income households – about $74,000 a year for a family of four.

Children at or near the poverty line, about $21,200 a year for a family of four, had a pronounced drop in test scores when they watched a lot of TV each day.

“Watching too much TV – here more than 2 hours per day – was negatively associated with the development of mathematical abilities and executive function – skills engaged in the pursuit of goals, including inhibition, attention, working memory, and cognitive flexibility,” said lead study author Andrew Ribner, a psychology and education researcher at New York University.

“We find some evidence that the negative association of television viewing with math ability is at least partially through executive function, which others have shown is strongly related to math ability throughout the academic life span,” Ribner added by email.

Last year, the American Academy of Pediatrics recommended that preschoolers watch no more than an hour of TV a day; down from two hours in 2001 guidelines.

Parents should watch with kids and show them only “high quality” programing like Sesame Workshop and PBS, the AAP recommends.

It’s possible that some of the differences in how much television time influences school readiness for rich versus poor kids in the study might be explained by the type of content children watch, Ribner said.

Children in the study watched an average of 2.2 hours of television a day, Ribner and colleagues report in the Journal of Developmental and Behavioral Pediatrics.

Researchers didn’t have data on the type of programing children watched and they also didn’t know anything about viewing circumstances to see if parents were in the room or what else was happening around kids while the TV was on.

The study also wasn’t a controlled experiment designed to prove whether or how television time directly influences school readiness.

It’s possible that at least some of the problem with too much TV is it takes time away from other activities, said Dr. Caroline Kistin, a pediatrics researcher at Boston University School of Medicine who wasn’t involved in the study.

“Parents should be aware that the highest-level skills that help children succeed in school, including decision-making, critical thinking, and the ability to control emotions, are best taught through interactive play, not with television, videos, or apps,” Kistin said by email. “Limiting screen time to one hour per day would ensure that there is time available for more engaging activities.”

Ideally, for every half hour of television children should get at least two hours of other activities that provide opportunities to interact with their parents and other kids, said Larry Rosen, professor emeritus at California State University Dominguez Hills.

When kids do watch, it would be better developmentally if parents sat with them and paused sometimes to talk about what’s happening on the screen, Rosen said. Otherwise there’s little chance to build thinking or social skills.

“If children are simply watching entertainment shows without parental co-viewing and conversation or peer interaction, this negatively impacts both of those necessary skills,” Rosen said.