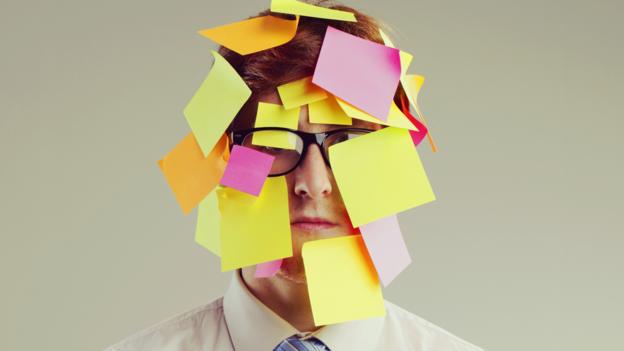 We all live by a set of philosophies and beliefs. They guide the course of our lives and our careers. They give us meaning and purpose and they help us make important decisions.

But could you articulate these principals if someone asked you what they were?

For many, the answer is probably not. Our own accumulated wisdom is central to our selfhood and yet few of us rarely wrestle with, or consider it, in a tangible, useful way.

Without realising it, you have probably assembled a book’s worth of maxims, mantras, koans, axioms and philosophies that are core to who you are or want to be.

So why do so few of us take the time to commit our maxims to paper?  The visual reminder of what guides us can be powerful — just consider the effectiveness of to-do lists or appointment books. As well, writing down your personal truisms is an opportunity to get in touch with yourself and to review, adopt, discard and reinforce them. Then you have them at the ready, to wield like a samurai sword in challenging situations, as I have found over nearly 20 years of maintaining such a list for myself (I published it on Medium recently). I review it occasionally, particularly when I am struggling.

Not sure where or how to start? Think of yourself as your own “founding father” drawing up a personal constitution, or a guru penning the chapter titles of your private self-help book. Doing so can help guide you through an array of decisions surrounding your personal life, your vocation, your friendships, even your biggest money decisions.

Some of my maxims are paraphrased quotes from famous people, song lyrics and wise friends. Others have been adopted from ancient stories or various religions. One came to me as an epiphany on a late night walk. Another, “Dig Deeper”, was a marketing tag line on my wife’s running shirt. Here are ten axioms I’ve held dear — plus where they come from and how they can be helpful in work and life.

Who knows what is good and what is bad?
This is the punch line of an ancient Taoist parable in which a man loses his horse, setting off a chain of good and bad outcomes that are never what they seem. It teaches us that what is perceived to be fortuitous is sometimes not. On the flipside, unfortunate setbacks can turn out to be the best things that happen to us. At least twice I’ve been grateful, in hindsight, for a job I didn’t get, since better opportunities came later. This story is particularly helpful to me when something (seems) to go wrong and I can’t yet see the silver lining or possible upside.

Go left
Question conventional wisdom. When everybody goes right, consider the alternative, even though it might take a bit of courage to follow it. I gleaned this inspiring two-word mantra from friends who moved from San Francisco to Paris. “Go left” was the kind of thinking that encouraged them to pick up stakes. Going left is also where the big ideas lie that can lead to new careers and start-up business success.

When you lose, be unattached
When things don’t go right (you lose a job, are let down by a loved one, have a physical or financial setback), it’s easy to internalise the setback and let it define you. But we are not the things that happen to us. Experiencing a loss doesn’t make you a loser. That difficulty is temporary and doesn’t change who you are at your core.

Leave the campground cleaner than you found it
This basic principal, familiar to anyone who has pitched a tent in the great outdoors, can and should be applied to many other aspects of life. It reminds me to try to be an agent of positive change in the office, at home, on crowded subways, in financial decisions and especially with people’s emotions. At the very least we should strive to never leave things worse than when we found them.

Stop worrying about things that might happen; most of them won’t
I tested this one by writing down the events I was worried would happen in the next six months (at work, financially, with family, geo-politically) and then tracked, for several years, how often the feared outcomes actually occurred. It was about 20% of the time. And a number of the worries that did materialise turned out, over time, to not be as bad as I feared.

No envy. No fear. No meanness.
This quote is from Liam Clancy, as recounted by Bob Dylan in No Direction Home, Martin Scorcese’s documentary about Dylan. I love the Irish folk-singer’s Zen-like distillation of an aspirational triptych that encourages happiness, courage and morality.

Try to look at the situation from the other person’s perspective
I have found the single most effective way to reduce annoyance or misunderstanding with anyone — strangers, colleagues, your own children — is to try to examine the scene from their perspective, including how they see you in that moment. I have turned around multiple relationships in and outside the office by practicing this exercise in empathy. It sounds basic, but it’s not easy. Like any skill, you can improve it by working at it. The more you understand what’s in someone else’s head, the more likely you will understand, forgive and possibly help change things for the better.

Listen to people who are smarter than you — and everyone is smarter than you about something
This gem comes from an old college friend who credits the idea to the American industrialist Henry J Kaiser. Kaiser’s financial success no doubt came from being a practitioner of his own philosophy. You can learn a lot when you start considering everyone your teacher.

Keep yourself a little hungry
When I’m full, sated, content, I find I’m less motivated in general. By staying a bit desirous we are more ambitious, more eager, more alert. I never eat a big meal before a meeting in which I need to present or pitch. And metaphorically there is virtue in striving to improve (as long as it doesn’t bring stress with it).

It could always be better, but it could always be worse, so let’s call it even
Perseverate less on what you don’t have and reflect on how lucky you are. That is basically true no matter what current state of mental and financial wellbeing you’re in — a perpetual balance of inevitable difficulties and great, miraculous fortune.

Time for you to get on with your list. Steal any of mine that may work for you. Find your own. Share your shiny pearls with other wisdom magpies on Twitter by using the hashtags #wiseup with #list so others can find them.

Wise Up is a thinking person’s life hacking column in which we examine behaviour modification, self-help, found wisdom and applied philosophy. For more stories, go to BBC Capital and don’t miss another Wise Up column by subscribing here. Wise Up is written by David G Allan (twitter: @davidgallan), Managing Editor for Features for BBC.com