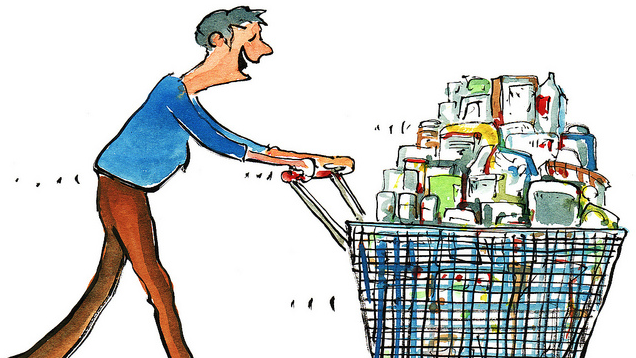 Plans to eat healthy can fly out the window when you step into a grocery store. Maybe you add junk food to your cart full of vegetables. Or maybe you believe the hype that a food is healthy, when it’s really not the best choice. Here are some of the traps that food marketers use against you. 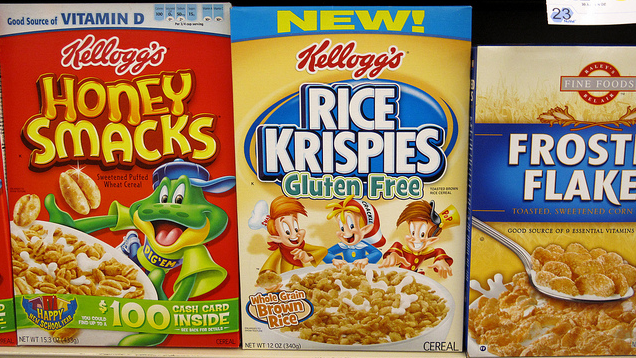 Front-of-package nutrition information is a form of marketing, a sort of mini-ad to get you to pick up the product. It includes claims ranging from “All Natural” to “Gluten Free” to “Good Source Of…” or “Made With Real…” Some of these claims are regulated, some aren’t, but they’re all aiming to put a “health halo” on the product.

Here’s what that means: people consistently estimate calories as being lower in meals that they think are healthier—for example, people eating at Subway figure they’re taking in fewer calories than people eating at McDonald’s, even when that’s not true. Adding “trans fat free” crackers to a hypothetical meal makes people guess it has fewer calories than people in another group who saw the meal without the crackers.

There’s even evidence that, at least in food marketed to children, less-healthy foods are more likely to have health claims. Here’s a small study from the Prevention Institute explaining this idea, but a larger study presented at this week’s American Society for Nutrition conference confirms and updates it, noting that front-of-package marketing, especially for junk food, has gotten far more popular in recent years.

Now the good news: Just knowing that the “health halo” effect exists may help you fight it. There’s a lot of research on priming, the idea that making you think about something (health) influences decisions you’ll make. It turns out that if you know there’s a priming effect going on, you’re less susceptible to it.

So when you see health claims, be skeptical: they’re only there to help sell a product. Consider following or adapting Michael Pollan‘s “food rule” to avoid foods that are heavily advertised (even if what they’re advertising is their healthfulness.)

An important strategy is to not forget your nutritional goals. If you’re trying to avoid high-sugar foods, for example, flip over every package to check the sugar content. Don’t get distracted by what’s on the front. 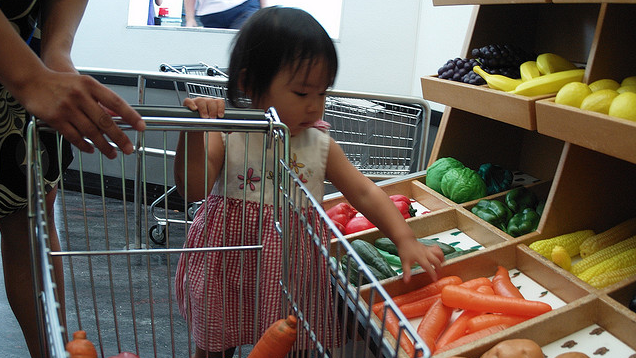 It’s good news for junk food manufacturers if you’re bringing your own bags and filling your cart with vegetables. Actions like those can make you think you’re already doing such a good job at this shopping thing (You care about the environment! You’re buying lots of healthy food!) that you figure you can break a few rules.

Shoppers who bring their own bags buy more organic foods, but also more junk food, according to a Harvard Business School study of grocery store data. While that’s only a correlation, the researchers did a pretty good job of ensuring they were comparing shopping trips that were similar except for the bags. So does this mean you’re better off leaving the bags at home? Not necessarily, but it might help to change what thought those bags trigger in your mind: Not “Look at the good thing I’ve done,” but “Here’s my intention (to shop mindfully) and I’m going to fill these grocery bags with foods that reflect that intention.”

If you’re going to set a goal of buying healthy food (like filling half your cart with fruits and vegetables, marketing psychology researcher Gavan Fitzsimons suggests that you should also set a goal for what not to do, rather than expecting the no-no’s to take care of themselves. It’s a similar effect to the health halo, but this time on the scale of a whole grocery cart: if your cart contains obviously healthy things, you’ll be biased to think the whole cart is healthy.

They Publicize Benefits and Create (or Ride) Trends 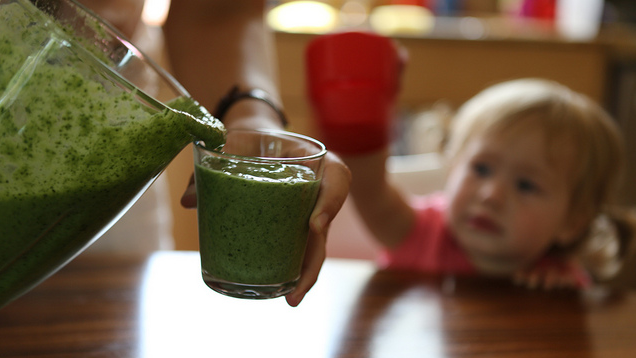 The hottest health foods seem to change every minute, but that’s not because new foods are constantly being discovered, or because the newly trendy foods are better than old ones. It’s because magazines can’t sell “Spinach is still good for you!” every month, so media and food companies ride waves of arugula being the best, then baby greens, then kale. (I hear watercress might be making a comeback next.) Variety is great, but that doesn’t mean there was ever anything wrong with spinach.

As I write this, I’m at the American Society of Nutrition conference, listening to scientific presentations on nutrition—and the number of corporate logos is astounding. Not just the biggies like Pepsi and Kellogg, but specialized groups too: if there’s a study on cranberry juice, for example, you can bet there will be an Ocean Spray logo on the acknowledgements slide.

Corporate funding doesn’t mean the study is bogus, but topics with good funding are more likely to be investigated (or in other words, funding doesn’t always bias the answer, but does buy the question.) To use another example from this conference, take the news that adding eggs to your salad makes the vitamins in the vegetables more available to your body. Amazing, right? It’s actually not news: fat-soluble vitamins are more available to your body when you eat them with fat. The same researcher who did this work has shown the same effect with other foods, including oils. So why are eggs getting the press? Take a look at the funder (which most of the news articles aren’t reporting): the American Egg Board.

How to thwart this one: return to your goals again. Is the trendy or newsworthy food really helping you with a goal you care about? (For example, were you worried about vitamin bioavailability from your salads? Probably not.) If a trendy new food fits those goals, sure, give it a try. But also use a stodgy old relative as a mental foil: What would Grandpa eat? Chances are, the old standby (Spinach? Strawberries?) is just as good, and cheaper.