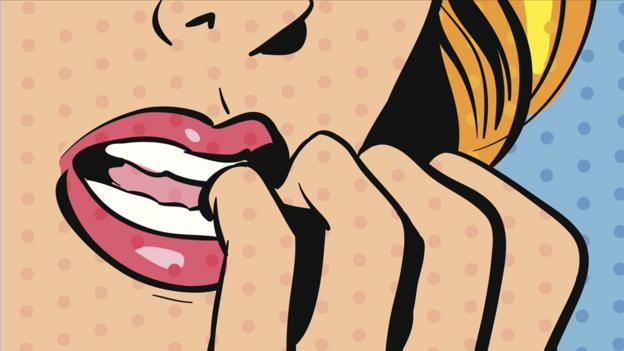 There’s no escaping it. At some point in any career, you will probably be a boss for the first time… and you will undoubtedly make some of the big mistakes that new supervisors inevitably make.

The key, of course, is to avoid some of the most egregious missteps. Here’s how.

Time to take chargeRoss Cagan managed a team for the first time when he was in his thirties and an assistant professor at Washington University School of Medicine in St Louis, Missouri, in the US. Part of his job required supervising a lab of a dozen students, postdoctoral  fellows and technicians.

“Basically, they were betting their scientific careers on whether I was any good,” said Cagan.

He remembers one especially problematic postdoc who was quite confrontational with other members of the lab. Cagan struggled with how to respond. “I stressed and hesitated,” said Cagan, who knew he should discipline her. “I feared what the other lab members would feel.”

When Cagan finally acted, it turned out that everyone else was grateful. “[They] wondered why I took so long to do it.”

New managers can feel as if it’s never the right time to make a big statement or address an issue. Act too soon and people might think you’re simply trying to exert your authority. Wait too long and you could come off as weak and un-boss-like — or even ill-prepared for the responsibility of supervising a team.

“If you lose three nights of sleep, someone needs to go,” said Cagan of the lesson he learned about stepping up to deal with a problematic worker right away.

Going to your head

On the other side of the coin is the manager who takes the ‘boss’ title too literally.

“As the ‘person in charge’ new supervisors often fall back on preconceived notions of what a boss is and try to lead by telling people what to do, dominating decision making, micro-managing work, and serving as a gatekeeper for information and communications,” wrote Jim Concelman, vice-president of leadership development for global human resources consulting firm Development Dimensions International, in an email.

Most new supervisors are promoted because of specific technical or subject-area abilities. They’ve got the expertise and knowledge to get work done, said Concelman. “So new bosses make the mistake of relying on the skills that made them great individual contributors, and miss the opportunity to develop leadership skills,” he said.

Those who do the best with the transition go through a “Copernican Revolution” of sorts, according to Concelman. They come to recognise “that the universe doesn’t revolve around them, but rather around the team” and “that their success is dependent on the success of each member of the work group so they focus on the team.”

The “I can do it myself” mentality

Attention new boss: if you think you can go it alone, you’re wrong.

Unfortunately, thinking they can handle it all is a common mistake among newbies, according to San Francisco Bay Area executive coach Joel Garfinkle. This attitude is bound to fail, eventually.

To avoid this pitfall, Garfinkle suggests identifying mentors who have experience managing. “Ask them for support, feedback and guidance on a regular basis.”

Sometimes, the best mentor can be a person outside of your organisation who can be “a sounding board and a guide for you,” according to Dr Lorraine Tilbury, founder of personal and professional development firm HorsePower International based in France’s Loire Valley.

Finding someone inside your company, however, “can help you understand the ‘unwritten rules’ and the management culture that exists in your organisation,” wrote Tilbury who is also the vice president of mentoring for the Global PWN (Professional Women’s Network) Federation. “Clarify upfront with your mentor what your expectations are: frequency and length of your meetings, topics you want to discuss.”

Doug Tucker, managing director of Sales Commando, an international sales training organisation based in London and the United Arab Emirates, has seen many new managers freeze when it comes time to making decisions. They are either fearful of making mistakes or don’t want to become unpopular — or both, he said.

This behaviour only makes a bad situation worse. “If you don’t manage a situation, the situation will always manage itself and often the outcome might not be what is desired,” wrote Tucker, adding that some decision is always better than no decision at all. “If it’s wrong, then back it up with your logic, acknowledge it was wrong and learn from your mistake by not repeating it.”

Finally, don’t forget that your job entails much more than just the management tasks.

“Many first-time managers are excited about the position and want to be sure they do everything possible to succeed,” wrote Connecticut-based Ben Carpenter, author of The Bigs and vice chairman of broker-dealer CRT Capital Group. “They remove themselves from the production side of their job and devote themselves entirely to managing.”

But this is a bad idea, Carpenter said. Instead, stay involved and be a player/coach as long as possible.

“Much of one’s credibility within the company is derived from doing, not from managing,” he said. Plus, your value will be higher and ability to find work stronger if and when you decide to change companies. “It is easier to quantify how much your personal efforts contribute to the whole.”

Career Coach is a twice-monthly column on BBC Capital in which we consider the career turning points and questions many professionals face. We welcome questions from readers at careercoach@bbc.com.

If you lose three nights of sleep, someone needs to go. — Ross Cagan