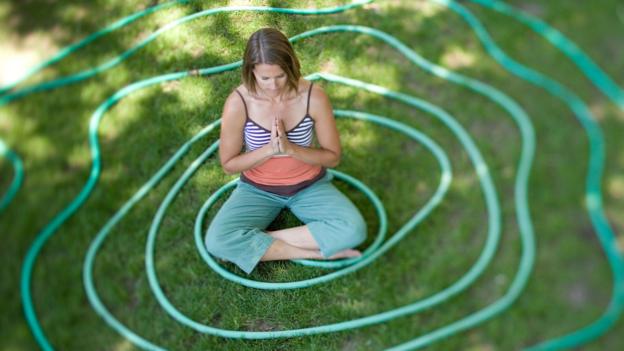 Stressed-out, overwhelmed and doing too much?

These complaints are common among busy, go-getter professionals. And it’s that stress that’s killing us, right? But what if we’re approaching it all wrong and it’s really all about our perception of stress and what we believe that’s holding us back?

That’s the take of some LinkedIn Influencers this week. Here’s what two of them had to say.

“For years… I told people that stress makes you sick; that it increases your risk of everything from the common cold to heart disease, depression, and addiction; and that it kills brain cells, damages your DNA, and makes you age faster,” wrote McGonigal in her post Forget What You’ve Heard About Stress… It’s Actually Good for You.

But what if it’s not actually that stress that’s damaging but how we respond to it? According to an extensive research study, “people who reported high levels of stress but who did not view their stress as harmful… had the lowest risk of death of anyone in the study, even lower than those who reported experiencing very little stress,” wrote McGonigal. “The researchers concluded that it wasn’t stress alone that was killing people. It was the combination of stress and the belief that stress is harmful.”

“The finding I had stumbled across — that stress is harmful only when you believe it is — offered me an opportunity to rethink what I was teaching,” she wrote. “I turned stress into the enemy, and I wasn’t alone. I was just one of many psychologists, doctors, and scientists crusading against stress. Like them, I believed that it was a dangerous epidemic that had to be stopped.”

Rather than managing stress as ‘toxic,’ perhaps the key is instead unlocking what we believe about stress and finding ways to embrace it and use it for good in our lives, she wrote. “The most exciting kind of scientific finding is one that challenges how you think about yourself and the world.”

“Generalisations make our lives easier to manage because they help us manage the constant information that bombards our brain,” wrote Quy in her post How to Use Mental Toughness to Face Down Stereotypes..”

But negative stereotypes about ourselves and others can be dangerous, she wrote. Facing them down can make us mentally stronger overall and help us overcome them. Quy offers three ways to use mental toughness to do this. Among them:

“Recognise your brain has a built-in confirmation bias… Our brain stores information that is consistent with your own beliefs, values and self-image. This selective memory system helps keep the brain from getting overloaded with too much information,” Quy wrote. “Make a habit of educating yourself on what is new and different. Too often, we create a rule-of-thumb at one point in life and never take the time to re-evaluate its credibility.” Consider which generalisations have helped you make smarter choices and which rules of thumb are truly reliable into the future. The key, Quy wrote, is to be more aware of your own behaviour.

“Acknowledge your barriers and burdens. When you face down a negative stereotype about yourself, your situation, or others on your team, you are developing the mental toughness to acknowledge your burdens and barriers,” she wrote. “When we have to stretch our minds to come up with less predictable and mundane solutions, we stimulate creativity and mental flexibility.” In turn, we can then acknowledge the negative “without giving up hope of our future success”, Quy wrote.

“Mental toughness is learning how to control our mind, rather than letting our mind control us,” she wrote. “Awareness of how positive and negative generalisations affect our behaviour is essential for our success.”