In addition to laying the groundwork with commitment, attitude and practice, there are six techniques to apply in the moment when you’re meeting someone, which help ensure you learn, remember, and use their name effectively, Price says. 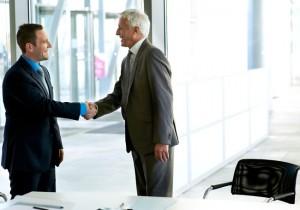 1. Focus on the person. The instant you meet someone, give him or her your undivided attention. “Square your shoulders toward them, look them in the eye, shake hands, smile with your eyes, and listen—listen intently,” she says.

“Make it a top priority to learn their name and engage in a meaningful way. Don’t allow yourself to become distracted; and don’t let yourself off the hook by blaming a bad memory.” Forgetting names is most often caused by lack of focus and effort, rather than a brain deficiency.

2. Repeat their name aloud. You’ve probably heard this tip before—but how often do you try it? “Repetition engraves the person’s name in your memory,” Price says. “After meeting a person, immediately say their name aloud at least twice; first as a question to confirm you heard it correctly and are pronouncing it properly, and second as a conversation starter.” This is especially helpful if you are unsure about the pronunciation or spelling.

3. Ask a question. By immediately asking the person a question, you give him the opportunity to speak, which in turn gives you time to anchor his name in your memory, she explains. “It also sends the message that you’re interested in him and want to learn more about him.” One reason we often fail to remember names is that we start talking about ourselves right away, she adds. “This mistakenly takes the focus off of the other person and onto us; plus it robs us of that precious opportunity to savor and remember the ‘sweetest sound’ of their name and anchor it in our mind. By the time we finish talking, we’ve forgotten their name.” To avoid this mishap, ask a simple question to get them talking first.

5. Make a vivid association between their name and something familiar to you. As you’re silently saying to yourself his or her name, link the name with something familiar to you, Price suggests. “Caution: the more bizarre and exaggerated the visualization, the better,” she says. “The other person will never know your image, so make it a memorable one.”

For example, if the person’s name is Jeff, you may pick a word that rhymes with it, like ‘chef.’ “Visualize Jeff wearing a chef’s hat, cooking in your kitchen, wearing a pot on his head (remember the more bizarre the better),” she says. “Or link Jeff to a famous Jeff, such as the movie star Jeff Bridges; or use alliteration such as Jumping Jeff, Jolly Jeff, or Judge Jeff with respective appropriate images.” It doesn’t really matter what you use, so long as the association you choose effectively triggers recall of the person’s name. “You have to search in the moment to use something familiar. It’s a simple trick and it’s been proven to stick,” Price says.

6. Conclude the interaction with his or her name. As your interaction with person draws to a close, be sure to say their name one last time. “It was great to meet you, Jeff, and I look forward to next time.”  Afterward, write down the name for reference and recall, Price suggests.

“In today’s fast-paced technology-dependent culture, the human touch is often left by the wayside,” she concludes. “Though our tools of communication have changed, our need for meaningful human interaction remains constant. We all want to feel important, valued and remembered. We all want to hear the ‘the sweetest and most important sound’ spoken by others—our own name. When you take the time and make the effort to learn and use someone’s name, you not only make a positive and lasting impression with them, you stand out as a person who has mastered the first step in creating rapport and building a meaningful relationship.”